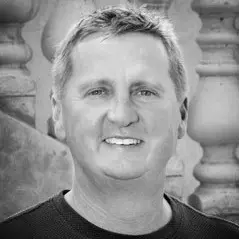 This month last year we lost Jay Cross who was such a visible and outspoken advocate for learning and development. But Don was not part of that side of our industry. He was a strong member of the Phoenix entrepreneur community and a builder of software products. He was part of the L&D vendor community. Most ISDs, and practitioners of training and eLearning, probably didn't know him. But many of you have used the products and services he's built for us over the years.

Don was a co-founder of Learning-Edge, and founder of Interactive Alchemy. Then went on to launch Flypaper which was acquired by Trivantis 3 years later. He then jumped outside of L&D, but not by much, and started a business that could track and predict sales performance based on activities (at least that's how I understood it.) He most recently joined the Indecomm team providing software services for some of the largest companies you can think of.

I met Don in 1997 when he hired me to work for him at Learning-Edge. That was my first experience working with a small company and the entire team he assembled was top notch. I was honored to be a part of that team. I didn't end up staying long, because I was just starting my family and Intel was pulling me back with offers I couldn't refuse. I was only there a year, but that year built many great relationships.

I lost touch with most of my Learning-Edge colleagues during my Intel years until I discovered the Interactive Alchemy offices a half mile down the street from my house. Then he and I met for lunch and he introduced me to his latest project, Flypaper. It was very cool! I was programming DevLearn at the time and I remember their first appearance in the expo...they had the coolest stickers. Those were the golden years of eLearning to be sure.

Don and I had just recently started meeting for lunches again and talking L&D.  I was actually looking forward to our next lunch today. I will miss him. And my heart goes out to all of his family and friends.

Don was a big part of the Phoenix startup community. StartupAZ #yesphx has created a memorial fund in his name that will support the StartupAZ Foundation. Please consider giving a small donation in his honor. http://startupaz-donpierson.strikingly.com/