Okay, so maybe not YET!  But when AirPlay is released everything will change...AGAIN!  I know a lot of you give many presentations a year.  And you must be as frustrated as I am with the continued need for cables/adaptors and projectors.  Setting up a projector correctly is NOT easy.  If you've ever dealt with A/V staff at events you know what I mean.  Its one thing to set up a projector to look good, and another thing entirely to get a speaker's laptop connected to the projector.  Its one of those constant nagging issues that continually makes me wonder why a smart tech company can't solve this problem with a cheap device.
So, I'm trying to download and new iTunes10 and its just not happening, so I'm cruising the rest of the Apple web site checking out the newly announced products.  Not ever really interested in the AppleTV originally, I decide to take a look.  And after hearing how disappointed Leo Laporte was about it, I had low expectations.  But once I started reading the features, and continually only seeing $99 light up in my head, I started having a change of heart for how I might benefit from this in my own media consumption habits.
Then I had one of those lightening bolt moments when I saw the "coming soon" blurb about AirPlay which is part of iOS4.2 being released in November.
Okay...um...WOW! This is a game changer: $99 connects all iPads, iPhones, iPods in a room to one big HDTV.  Hello? Do I need to say that again?
For fun lets just throw Face-time into this craziness.  Yea, I know...you're thinkin' the same thing I am...WOW!  What? You're NOT?  Okay lets talk through a scenario...
Little Johnny is sitting in his class learning about fish.  Teacher Betty is rolling through some flickr picks via AppleTV on the bigscreen of her scuba diving trip.  Little Johnny remembers that Uncle Flounder is a marine biologist at Sea World.  Bored by the slideshow he sends an SMS to UF asking if he's available to show some fish to his class.  UF calls LJ back via face-time.  TB hears LJ talking and doesn't get mad...she just asks if he has found something interesting to add to the conversation (because in this classroom that's just what they do).  Now UF is face-timeing with LJ and the conversation is AirPlayed via TB's AppleTV so the entire class can watch UF talk about the sharks he is currently feeding.  The class is now engaged.
How sweet would that be I ask you?
But wait it gets better.  Originally I was on thinking about the many ways you could use this to share your content to an AppleTV from another device.  But then I started thinking about how this might change my Instructional Design habits.  Creating and finding media to display for a class/course now has an entirely new set of options.  Teachers could whip up a quick keynote presentation with links to YouTube videos and Flickr sets on their iPad and AirPlay it too the class.  ALL IN HD! 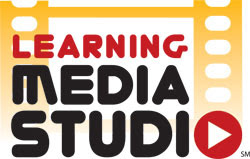 Tell me what I ideas you have!  And be sure to catch Nick Floro (@nickfloro) talking about Media creation at DevLearn's Learning Media Studio this November in SanFrancisco.  Media is becoming far too important for you to NOT understand fully.  You MUST be knowledgable and proficient in creating media in this day and age.  Its not that hard and its really quite FUN!
DevLearn 2010 Conference and Expo - November - San Francisco, CA
Posted by bschlenker

I was thinking just a minute ago about a projector or a tv with AirPlay enable and using it in a meeting, the i did a quick google search and found your blog... :)
Just a doubt about the need of an AppleTv if Apple allow third party manufacters to put AirPlay in their tv.
Kudos and bye from Italy
Alex

Quick question and I wonder if you may be able to give me your thoughts....

Was wondering if you know anyone who has created a classroom where the students and instructor(s) have the opportunity to seamlessly project from their iPads on HD TV Screen or through projectors? i am particularly interested in settings where the instructor is able to project content from different iPads that the students may have so that we can see the work as created by the different students on the screen instead of using USB sticks or other means..

Your blog post prompted me to write to you.

I was thinking along the same lines until I read about the "must use the same Apple ID" part of the details. I guess you could coordinate all media on one device before presentation time...